A geographic information system (GIS) is a computer system for capturing, storing, checking, and displaying data related to positions on Earth’s surface. GIS can show many different kinds of data on one map. This enables people to more easily see, analyze, and understand patterns and relationships. With GIS technology, people can compare the locations of different things in order to discover how they relate to each other. For example, using GIS, the same map could include sites that produce pollution, such as gas stations, and sites that are sensitive to pollution, such as wetlands. Such a map would help people determine which wetlands are most at risk.
GIS can use any information that includes location. The location can be expressed in many different ways, such as latitude and longitude, address, or ZIP code. Many different types of information can be compared and contrasted using GIS. The system can include data about people, such as population, income, or education level. It can include information about the land, such as the location of streams, different kinds of vegetation, and different kinds of soil. It can include information about the sites of factories, farms, and schools, or storm drains, roads, and electric power lines.

•Data and GIS
Data in many different forms can be entered into GIS. Data that are already in map form can be included in GIS. This includes such information as the location of rivers and roads, hills and valleys. Digital, or computerized, data can also be entered into GIS. An example of this kind of information is data collected by satellites that show land use—the location of farms, towns, or forests. GIS can also include data in table form, such as population information. GIS technology allows all these different types of information, no matter their source or original format, to be overlaid on top of one another on a single map. Putting information into GIS is called data capture. Data that are already in digital form, such as images taken by satellites and most tables, can simply be uploaded into GIS. Maps must be scanned, or converted into digital information. GIS must make the information from all the various maps and sources align, so they fit together. One reason this is necessary is because maps have different scales. A scale is the relationship between the distance on a map and the actual distance on Earth. GIS combines the information from different sources in such a way that it all has the same scale.
Often, GIS must also manipulate the data because different maps have different projections. A projection is the method of transferring information from Earth’s curved surface to a flat piece of paper or computer screen. No projection can copy the reality of Earth’s curved surface perfectly. Different types of projections accomplish this task in different ways, but all result in some distortion. To transfer a curved, three-dimensional shape onto a flat surface inevitably requires stretching some parts and squeezing other parts. A world map can show either the correct sizes of countries or their correct shapes, but it can’t do both. GIS takes data from maps that were made using different projections and combines them so all the information can be displayed using one common projection.

•GIS Maps
Once all of the desired data have been entered into a GIS system, they can be combined to produce a wide variety of individual maps, depending on which data layers are included. For instance, using GIS technology, many kinds of information can be shown about a single city. Maps can be produced that relate such information as average income, book sales, and voting patterns. Any GIS data layer can be added or subtracted to the same map. GIS maps can be used to show information about number and density. For example, GIS can be used to show how many doctors there are in different areas compared with the population. They can also show what is near what, such as which homes and businesses are in areas prone to flooding. With GIS technology, researchers can also look at change over time. They can use satellite data to study topics such as how much of the polar regions is covered in ice. A police department can study changes in crime data to help determine where to assign officers. GIS often contains a large variety of data that do not appear in an onscreen or printed map. GIS technology sometimes allows users to access this information. A person can point to a spot on a computerized map to find other information stored in the GIS about that location. For example, a user might click on a school to find how many students are enrolled, how many students there are per teacher, or what sports facilities the school has.

GIS systems are often used to produce three-dimensional images. This is useful, for example, to geologists studying faults. GIS technology makes updating maps much easier. Updated data can simply be added to the existing GIS program. A new map can then be printed or displayed on screen. This skips the traditional process of drawing a map, which can be time-consuming and expensive. People working in many different fields use GIS technology. Many businesses use GIS to help them determine where to locate a new store. Biologists use GIS to track animal migration patterns. City officials use GIS to help plan their response in the case of a natural disaster such as an earthquake or hurricane. GIS maps can show these officials what neighborhoods are most in danger, where to locate shelters, and what routes people should take to reach safety. Scientists use GIS to compare population growth to resources such as drinking water, or to try to determine a region’s future needs for public services like parking, roads, and electricity. There is no limit to the kind of information that can be analyzed using GIS technology. 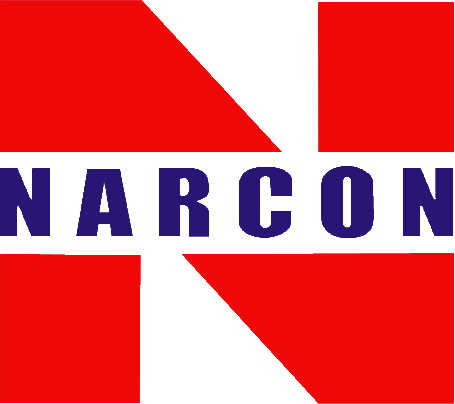